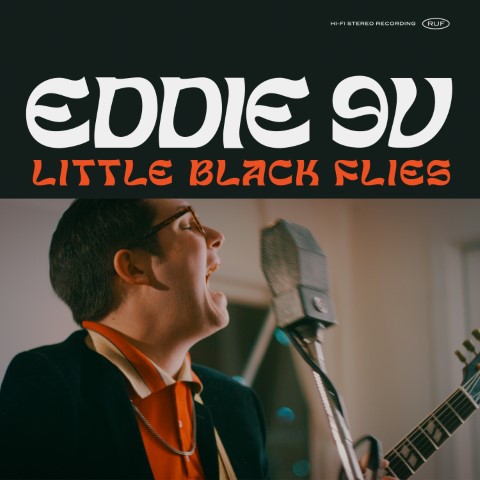 On his debut single for Ruf Records,
All his life, Eddie 9-volt has acted on instinct. Aged just 15, this old-soul artist turned away from the path of college and jobs to burst all guns blazing onto the blues club circuit of his native Atlanta, Georgia. Flash forward to 2019, and for his debut album, Left My Soul In Memphis, the prodigious multi-instrumentalist simply powered up the amps in his mobile trailer and with his brother/co-writer/producer, Lane Kelly, laid down one of the year’s breakout releases, acclaimed as “fresh and life-affirming” by Rock & Blues Muse. “Memphis was a total side project,” shrugs Eddie, “that ended up taking off.”

Now, released in 2021 on Ruf Records, Little Black Flies is the 24-year-old’s most impulsive move to date. Tracked live in Atlanta’s Echo Deco Studios through November 2020, once again with Lane turning the knobs, plus a who’s who of the state’s best musicians (including guitar icon Cody Matlock), it’s an album that Eddie planned to feel like it’s unfolding right in front of you – right down to the clink of bottles and loose studio banter.
With Little Black Flies, there’s a sense of an artist coming full circle: the kid who once loitered outside the clubs of Atlanta now leading Georgia’s greatest players into the studio. Certainly, these recordings gave much-needed catharsis to the musicians who created them. But perhaps Eddie’s ultimate aim is to pass that spirit on to everyone who hears the record. “It makes my day to please someone after they work all day,” he says. “My job is to make them smile and let the music make them forget – or remember.”